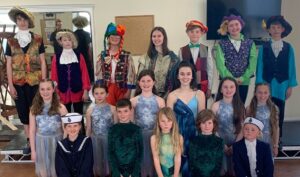 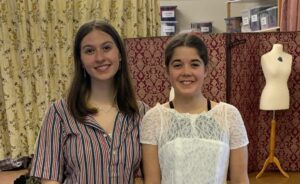 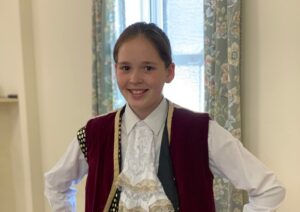 Prospero is a magician.  He and his daughter Miranda have been marooned on a desert island for twelve years, after Prospero’s brother, Antonio, betrayed him.  Now Prospero is looking for justice. He uses his magical powers to cause a tempest, bringing a passing ship onto the rocks.  Antonio is among the survivors washing up on the shore, as are several others who plotted against Prospero.  We learn of two new murder plots, one of which involves the island monster Caliban, a drunken butler and a jester.  We watch as Miranda sees another human being (Ferdinand) for the first time since she was three.  Miranda is horrified that – in raising the storm- her father seems to have caused Ferdinand huge suffering.  Eventually she sees that no real harm has been done, and all are set free from the past by Prospero’s forgiveness.

The Seussification of A Midsummer Night’s Dream 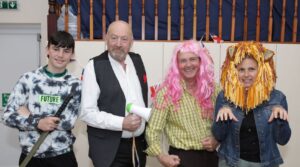 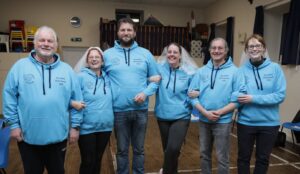 Told in rhyming couplets, this reimagining of A Midsummer Night’s Dream is how Shakespeare’s magical tale might have played if Dr. Seuss had gotten his hands on the script.

A bizarre re-telling, the story follows four Athenians who run away to the forest, only to have Puck the fairy make both men fall in love with the same woman. The four run through the forest pursuing each other while Puck helps his master, the Fairy King play a trick on the Fairy Queen. 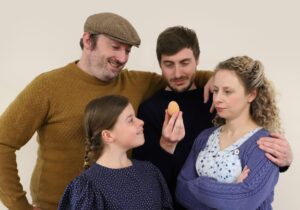 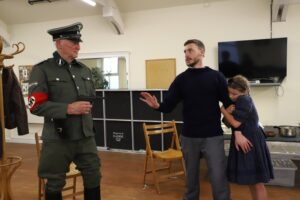 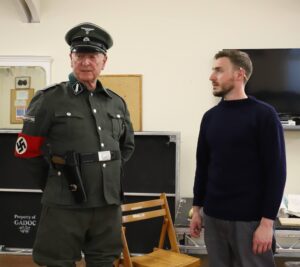 In the midst of the Second World War, a young family attempt to live under the German occupation of their home island. Living side by side with the enemy is not ideal, but Hugo and his family try to continue living as normally as they can, until one night he realises that the Germans are stealing their food! A plan to retaliate soon emerges. However, when the Gestapo show up at the family’s door one night, Hugo is faced with the question of what is more important to him: defiance or his family’s safety? 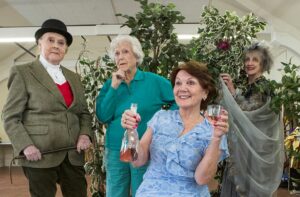 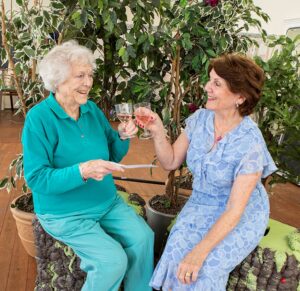 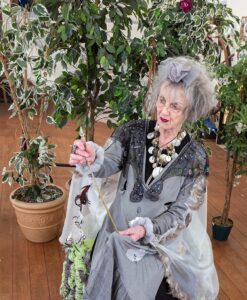 Helena and Hermia, from ‘A Midsummer Night’s Dream’, have returned, in their mature years, to the wood outside Athens for a picnic.   It is a treat for Helena’s birthday before the celebrations in the evening organised by Demetrius.  However, they cross the path of the elderly fairy Moth-Eaten.  Also Hipolyta, hunting in the woods contributes to the mounting muddle. Magic, unexpected love and a play rehearsal create confusion for them all.

Followed by Adjudicator’s Final Remarks and Presentation of Trophies

Our adjudicator for 2022 was Sue Doherty who is a member of the Guild of Drama Adjudicators.

Trophy Winners for the One Act Play Festival 2022

Joan Machon Award  for the most promising performer under 21: Harriet Lord, ‘Captain in The Tempest‘

RGI Trophy for the best performance by an individual under 18 (Any age group cast): Connor Dragun, ‘Bottom in The Seussification of A Midsummer Night’s Dream‘

St. Stephen’s Players Trophy  for the most outstanding performance by an individual in a supporting role: Linda Howell, ‘Hipolyta in Living the Dream‘

The George Foote Memorial Trophy for the best humorous performance: Kathryn Prince and Linda Howell, ‘Helena and Hipolyta in Living the Dream’

The Rollie Wolley Memorial Trophy for the most outstanding performance by an individual: Dave Wheeler, ‘Hugo in Bad Eggs‘

The Elaine Ralls Memorial Trophy for a “Magic Moment” from any entry: ‘Caliban’s Cave in ‘The Tempest‘ directed by Jo Martel and Jenny Falla

The Lee Trophy for the most effective ‘first impression’ created by stage setting: ‘The Tempest‘ directed by Jo Martel and Jenny Falla

Joyce and Cecil Cook Trophy for the Director of the play with the highest overall mark who has never won either the Bucktrout or the Edward Willis Trophies: Ethan Hitchon, ‘Bad Eggs’

The Edward Willis Trophy for the Director with the highest mark for Direction: Ethan Hitchon, ‘Bad Eggs‘

The Burns Trophy for the original unpublished play with the highest marks: Dani Robin, ‘Bad Eggs‘

The Hazel Rowe Trophy for the Musical Play with the highest overall marks: ‘The Tempest‘ directed by Jo Martel and Jenny Falla

The GADOC Jubilee Trophy for the play with the highest marks with the cast aged under 15: Not competed for

The F.W.Thomas Memorial Trophy for the play with the highest marks with the cast aged under 21: ‘The Tempest‘ directed by Jo Martel and Jenny Falla

The Frankie Billington Trophy for the play with the highest marks with an All-Male cast: Not competed for

The Gaisford Trophy for the Director aged under 21 with the highest marks for direction: Not competed for

The Anthony Booth Trophy for the play with the highest marks with an All-Women cast: ‘Living the Dream‘ directed by Gillian Jackson

The Bucktrout Challenge Trophy for the play with the highest marks: ‘Bad Eggs‘ directed by Ethan Hithon

The Audience Award Salver for the play which receives the most votes from the holders of Season Tickets who have seen all the plays: ‘Living the Dream‘ directed by Gillian Jackson